OUR APPROACH:
Also in Our Approach:

Biochemistry is the study of the chemical substances and vital processes occurring in our bodies. Invitation to Health focuses on all aspects of health, including your individual biochemistry, because imbalances can create problems. 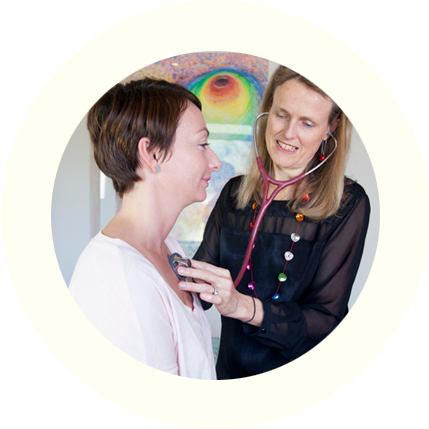 Some of the processes that we may look at include:

Copper plays an important role in mental and immune health, as well as being important for normal growth and energy.

Some people have an inability to regulate copper levels and an overload can result. Copper overloads tend to lower dopamine levels and increase noradrenaline (two neurotransmitters or brain chemicals) – this sort of imbalance can be seen in several conditions including anxiety, post- natal depression and autism.

Copper/zinc imbalance is also common with “oestrogen dominance” -this can manifest with hormonal symptoms such as premenstrual tension, headaches, sore breasts and heavy painful periods.

Methylation is a biochemical process that occurs in our body. It plays a role in DNA and immune regulation, detoxifcation and production of brain chemicals.

The methylation cycle plays an important role in the efficient synthesis of serotonin, dopamine and GABA – three critically important neurotransmitters (brain chemicals). If you overmethylate you are prone to low GABA and serotonin. A deficiency can contribute to ADHD, depression and anxiety. This can be diagnosed and treated by your integrative doctor.

Undermethylation affects a number of pathways,including reduced production of glutathione, an important anitoxidant and key for detoxification pathways in the liver, the use of vitamin B12 in your body - affecting your clarity of thought and energy levels and finally serotonin and dopamine production are reduced – both important for your moods. This imbalance can be diagnosed and treated by your integrative doctor.

Pyrrole disorder is a biochemical imbalance that results in a variety of symptoms primarily related to moods, energy production and cognitive (brain) function. It has many different manifestations depending on age of onset, severity and other individual factors.

It is usually triggered and exacerbated by stress (physical or emotional/psychological). Its most common feature is stress intolerance. People with this disorder have high oxidative stress. Oxidative stress is the total burden on your cells as a result of both normal bodily functions and the environment you are in, for example – diet, pollution, toxins, sun exposure and cigarette smoke. When your cell membranes or enzymes are oxidised, they do not function as well. Pyrrole Disorder can be diagnosed and treated by your integrative doctor.

Zinc is a trace metal, essential to all forms of life. Zinc deficiency is by far the most frequently observed chemical imbalance in those with mental health problems.

We are a medical centre based in Wyoming, near Gosford on the Central Coast, with onsite GPs, integrative doctors and complementary therapists to support your health.